As one of the first alternative provision free schools opened in England, Mr Gove strongly supported Derby Pride Academy from idea to inception and maintains his enthusiasm for the facility, which focuses on teaching the most vulnerable and challenging young people about how to succeed, so that they are given the best possible chance of a successful future.

At the start of his visit, the Secretary chatted to the Trust Directors and the Principal.  He asked a number of very relevant and well-informed questions on a broad range of topics and appeared to have a genuine interest in how the Academy had progressed since its opening – particularly, what challenges had been faced and how it would communicate its value to commissioning Heads.  He also enquired about the situation with regard to Alternative Provision locally and wanted to understand the context of Derby Pride Academy in the Derby City and Derbyshire Alternative Provision environment.

Those present were struck by Mr Gove’s enthusiasm for the Academy and his keen inquisitorial nature. He had come with expectations to see good things, but was very evidently more impressed than he had anticipated being.

Mr Gove then toured the facility, engaging many of the students in conversation.

When asked by one student what he thought of Derby Pride Academy, Mr Gove’s response was emphatic:

I think it is fantastic! There are many reasons for this –the fact you have teachers who also teach at Derby Moor is great. It means you have an excellent standard of teaching. I believe that the way the teachers really get to know and understand you here is very beneficial.

When talking to some of the students Mr Gove added:

I also think that all of you are fantastic! Having heard about your journeys before you came to Derby Pride Academy and the changes that you have all made since, you all have exceptional success stories. 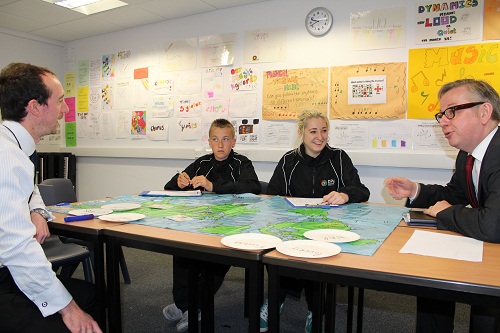 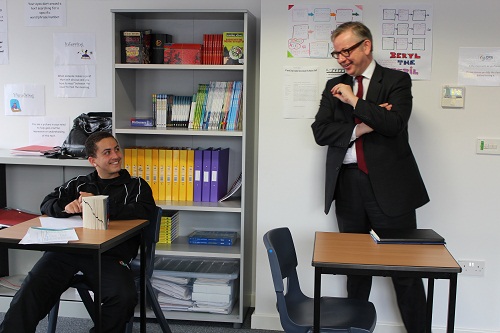