On Monday, 13th October, Wendy Whelan, Executive Principal visited Lancaster House in London to represent Derby Pride Academy at a reception celebrating the success of free schools across the country.

They were joined by the Prime Minister, Rt Hon David Cameron and Secretary of State for Education, Rt Hon Nicky Morgan.

Ms Whelan was one of six people selected to speak with Nicky Morgan at the event which was organised by education charity New Schools Network. 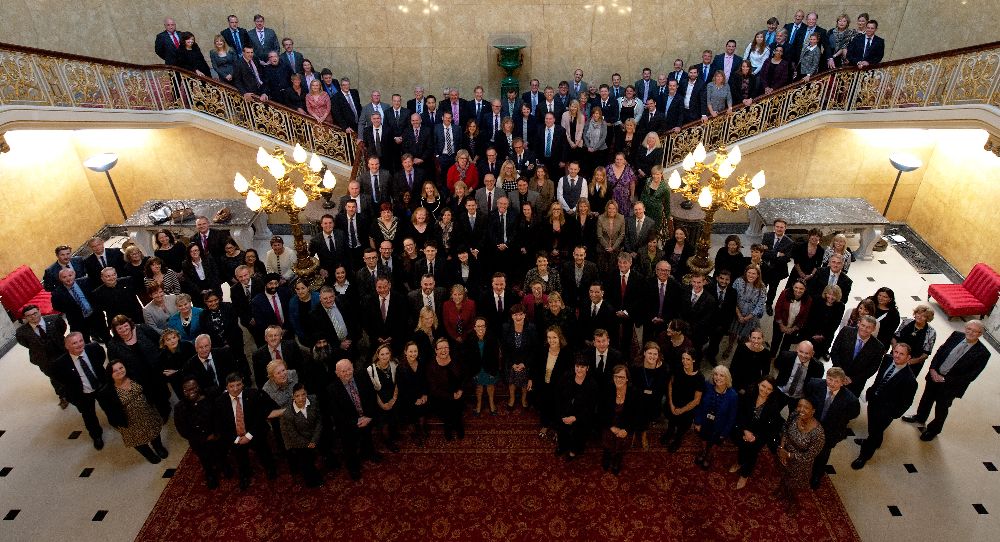 Establishing new schools is a crucial and effective way to improve education across the country - boosting choice for parents and helping drive up standards across the board. They are brand new state-funded schools, independent of local council control. They have the freedom to innovate and respond directly to the needs of parents and local communities.

Ms Whelan from Derby Pride Academy was one of over 200 schools represented at the event. The first free schools opened just over three years ago in September 2011, yet there are now 360 of these schools open or approved to open, together creating more than 200,000 new school places.

In April 2014, Derby Pride Academy was the first Alternative provision Free school in the country to achieve OUTSTANDING by ofsted.

“The success of free schools has been remarkable. The creation of 251 new free schools in just four and a half years, with three-quarters of them being rated good or outstanding, is something to be incredibly proud of. Free schools bring innovation, create choice and competition, and raise standards and I whole-heartedly believe that they are driving an extraordinary and beneficial change in Britain. We want to go on investing and helping with the Free School success, to create the best education system in Western Europe that enables young people to get on and make the most of their lives”.

“I was honoured to be one of six people selected to speak with Nicky Morgan – I felt very proud that Derby Pride Academy and its outstanding achievements were being recognised in this way. It was wonderful to hear the praise that the Prime Minister and Nicky Morgan had for what has been achieved by the Free Schools already up and running. I felt extremely proud to represent Derby Pride Academy and tell the minister of the hard work and belief that has led to our outstanding Ofsted judgement”

"I am immensely proud of everything that has been achieved through the free schools programme in a relatively short space of time - because this programme is a vital part of our wider plan for improving education in the East Midlands.

“Thanks to this plan more children in England have the opportunity to go to a good or outstanding school than ever before and free schools have been crucial to that change - with more than two-thirds of free schools meeting this high standard.

“We are giving thousands more parents a choice of high-quality local schools that offer the excellent standard of education that all pupils deserve.”

“Derby Pride Academy is one of more than 360 free schools now open or approved to open in England.  Free schools are continuing to prove popular with parents, and are adding good new school places to their local communities.”

“Over 250 Free Schools are now open in every region of England, with more than 110 more due to open from September 2015 onwards. Once full these schools will provide nearly 200,000 new school places.